I know it’s been a while since I’ve posted here, but I have certainly not forgotten. I also want to let people know about the Facebook group as well as the Twitter account. Be sure to follow both for regular updates and be sure to continue spreading the word on the campaign and keep passing the petition around. Let’s try to get to 5000 for our Mothers!

And now, after profiling two original Mothers, let’s acknowledge a later addition, that being none other than the late George Duke.

Born January 12, 1946 in San Rafael, California, George was first inspired to take up the piano after seeing Duke Ellington and begging his mother for a piano. Beginning his lessons at a local church at the age of seven, Duke would eventually would major in trombone and composition at the San Francisco Conservatory Of Music. Initially starting in classical, Duke was persuaded by cousin Charles Burrell to move to jazz, where he’d play with Jean-Luc Ponty and Don Ellis. While playing with the former, Duke would meet both Frank Zappa and Cannonball Adderley, who each invited him to join their bands. In the end, George worked with Zappa for two stints, and with Cannonball in between said stints.

First joining the Mothers Of Invention in 1970 during the Flo and Eddie period. Despite being taken aback by the more straightforward direction of some of the music, Duke would soon prove an invaluable addition to The Mothers. With his indomitable jazz chops, George would push the band’s chops to the next level, raising the bar for all those around him, including Zappa himself. Additionally, Duke proved a talented vocalist and charismatic personality on stage.

As Frank once said “it was real easy to play with George, especially because he’s such a great musician and you can always count on him to play something musical behind you… George would always seem to support whoever was doing a solo, wether it was me or Napoleon or whoever”. In return, Duke credited Zappa with breaking down any preconceived notions he had of how music should or should not be, as well as encouraging him to get into singing and working with synthesizers. Also worth noting is that Frank appeared on one of Duke’s solo albums (Feel), which he almost never did for any of the musicians he played with. That should really tell you how much respect he had for George Duke.

Ultimately, George would appear on Chunga’s Revenge, 200 Motels, Waka/Jawaka, The Grand Wazoo, Over-Nite Sensation, Apostrophe, Roxy & Elsewhere, One Size Fits All, Bongo Fury, You Can’t Do That On Stage Anymore Volumes 1-4 and 6, Studio Tan, Sleep Dirt, Dub Room Special, Road Tape Venues #2 and #3, Lather, and would make a cameo appearance on 1984’s Them Or Us. In addition, he would appear in 200 Motels, Roxy The Movie, and if you look closely, Baby Snakes.

After ending his time in the Mothers, Duke would return to the jazz world, becoming a prolific artist and producer. He would collaborate with the likes of Stanley Clarke, Billy Cobham, Sonny Rollins, Marcus Miller, Gladys Knight, Smokey Robinson, and many more. Nevertheless, his time with Frank and The Mothers would never be forgotten, and a Zappa medley was frequently incorporated into his shows.

Sadly, George would later suffer from and succumb to chronic lymphocytic leukemia on August 5, 2013 at the age of 67. With his departure from this world we lost a true one of a kind musician who transformed not just the sound but the spirit and energy of any band he joined, who lifted any stage to another plane of existence. Six years is too damn long to go without this great man, but his music and his memory will live on in some way or another.

Here’s to the man who rejoined on the condition he would not have to touch the trombone. Thanks for all you gave Mr. Duke, wherever you are.

Solo spot from A Token Of His Extreme:

“Eat That Question” Off The Grand Wazoo:

For those interested, I started this with a petition. While a petition in of itself is not enough, consider it a measurement of support and a building block.

Thanks for joining me here at InductTheMothers. I’m here today to talk about a group seldom recognized despite their leader and frontman’s immense legacy, and that is The Mothers Of Invention, the group that backed Frank Zappa through many of his most acclaimed and celebrated works.

Zappa was posthumously inducted into the Rock And Roll Hall Of Fame in 1995 by Lou Reed of Velvet Underground Fame. However, the Mothers were not included, and remain unrecognized to this day.

Here I am, fighting for the Mothers to finally receive recognition for the contributions to music. 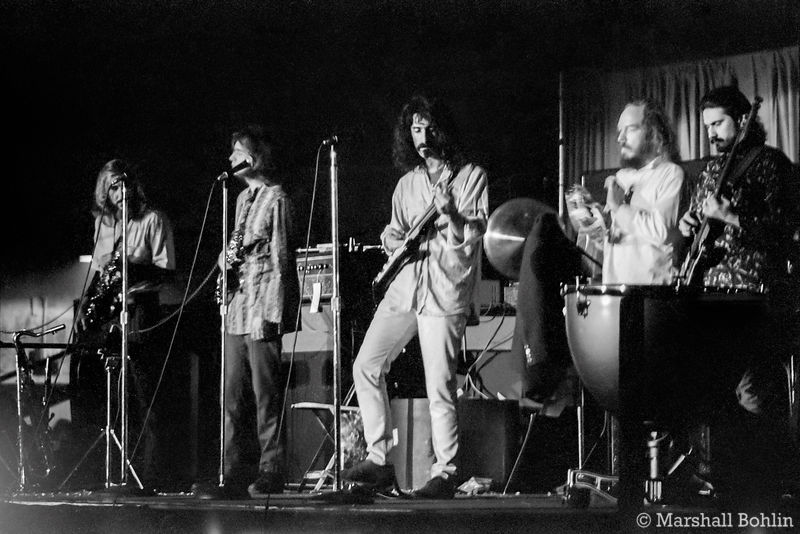